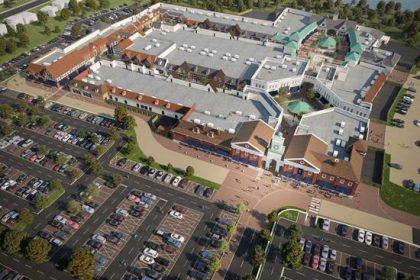 A major road scheme in Staffordshire to provide access to a new £160 million retail development and improve traffic flow on the roads around is progressing to its next phase.

The works being carried out by the county council will pave the way for the McArthurGlen Designer Outlet in Cannock, which is set to be completed in 2020. McArthurGlen has committed £15million to the improvement scheme, taking place at Churchbridge and the A460 Eastern Way.

For the works to be carried out safely, Staffordshire County Council’s highways team will need to temporarily close sections of the A460 Eastern Way. A full closure of the section between the Hayes Way roundabout and the Lichfield Road roundabout in both directions will be in place from 6am on June 17 to 6am on July 1. Night time closures will be in place in both directions on the section between Hayes Way and the McDonalds roundabout on July 3, 4 and 5. Night time closures will be from 7pm to 6am.

Hayes Way will remain closed at its junction with the A460 throughout the works period.

Staffordshire County Council’s cabinet member for highways and transport Helen Fisher said: “The McArthurGlen Designer Outlet is a hugely important development for Staffordshire and the wider region. It will create jobs and bring visitors into Cannock, boosting the local economy.

“The road improvement scheme is therefore vital in paving the way for the development. Undoubtedly it will create some disruption, but it is a necessary part of the development. Traffic management has been carefully planned to minimise disruption as much as is possible.

“We would ask people to allow additional time if traveling along in this area and would like to thank people for their ongoing patience.”

Cannock Chase Council granted planning approval for a designer outlet at Mill Green in September 2016 following extensive consultations with the local community. On-site construction of McArthurGlen Designer Outlet in Cannock started last summer. When it opens in 2020, this new landmark retail destination and community hub will create 1,000 jobs for the local area.

The road improvements will include: