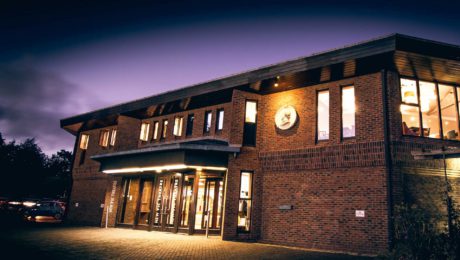 The New Vic has joined forces with the country’s leading training scheme for aspiring directors – the Regional Theatre Young Director Scheme (RTYDS) – to launch a free Introduction to Directing programme.

The ‘Introduction to Directing’ programme, which runs from February to April, will see aspiring new directors given the opportunity to engage with the work of the New Vic through workshops, work shadowing and mentoring.

Aimed at supporting people from under-represented backgrounds to pursue careers in the arts, the course will see participants given the chance to learn what directing entails and work with and observe professional directors, designers, theatre-makers and playwrights to find out what is needed to take a play from page to stage.

Established in 1960, RTYDS works with theatres to provide high quality training and work experience to talented artists and enable them to build a professional career as a theatre director. The work of RTYDS is focused in towns and cities outside London where provision for those with ambition to develop a career in directing for the theatre is scarce or non-existent.

RTYDS helped launched the careers of the New Vic’s own Artistic Director, Theresa Heskins, as well as names such as Ken Loach, John Tiffany, Vicky Featherstone, Rupert Goold and James Dacre among others.

To apply, visit the New Vic’s website – newvictheatre.org.uk – and complete the application form. The deadline for applications is 10am on Friday 11 January. Applicants must be 18+ and must be based in the Stoke-on-Trent to apply. 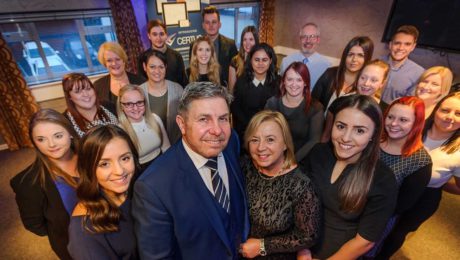 Up to 15 new jobs have been created at ethical enforcement and debt recovery provider Dukes Bailiffs to complement its continued growth and expansion.

The Stone based family run business has just completed a large, new extension to its Dukes Court premises. The company now has a new office for the administration and enforcement teams, as well as a brand new, stunning breakout area which has been developed within the warehouse.

The office space which was previously occupied by the administration team is now two well-appointed meeting and training rooms which are available for visiting clients to use.

The extension has made room for the new members of staff to join. In the Stone office 7 call centre jobs are available. The company is also looking for an enthusiastic person to join the administration department, a new Human Resources Manager and mobile certificated Enforcement Agents.

Laura Naylor, Marketing Manager at Dukes Bailiffs said: “Everyone that joins Dukes is viewed as part of the extended family. Every member of the team is treated with respect and receives quality training to ensure they can provide a service which reflects the company’s culture and ethos.

“It’s an exciting period of growth at Dukes Bailiffs, we have just opened an office in the centre of London where we’re recruiting for a digital marketing executive. We also celebrated our 25th year in business throughout 2018 and have held many fun activities with the team to commemorate this.

“There are plenty of opportunities for progression at Dukes and we have many team members who have moved to different departments to expand their experience which is welcomed. We’ve celebrated some great internal promotions this year to senior, management or more client facing roles too. We’re always happy to hear from anyone in the team who’s interested in taking the Enforcement Certification for Taking Control of Goods too.”

Dukes Bailiffs has a unique claim in the industry as a truly family run business. This allows the team to offer a tailored service to client which is part of the reason the company is continuing to thrive.

If you’re interested in working at this progressive family business visit www.dukeslimited.co.uk

A Wolverhampton company is celebrating after becoming recognised as an official Living Wage responsible employer.

Paycare, a Health Cash Plan provider for businesses and individuals, has pledged to become part of the national Real Living Wage campaign and is voluntarily taking a stand to ensure employees earn a wage which is enough to live on.

The West Midlands has around 518,000 jobs paying less than the Real Living Wage and is a region with one of the highest proportions of jobs paying below this in the country (24%).

Paycare employs 27 members of staff at its George Street Head Office and has joined the national campaign which recognises companies that pay their staff in excess of the minimum wage (£7.83 for 25 years and older), and goes further to meet the £9.00 an hour Real Living Wage (or £10.55 in London).

The real Living Wage is the only rate calculated according to the costs of living. It provides a voluntary benchmark for employers that wish to ensure their staff earn a wage they can live on, not just the government minimum. Since 2011 the Living Wage movement has delivered a pay rise to over 150,000 people and put over £600m extra into the pockets of low paid workers.

Kevin Rogers, CEO of Paycare, explained: “As a not-for-profit dating back to 1874, Paycare has always been, and will continue to be, an organisation that operates with people at the very heart of all that it does. This accreditation is another positive step in us demonstrating to our team that we understand the pressures facing them in times of austerity, that their work is absolutely recognised, and that they play a vital role in our continued, collective success.”

Tess Lanning, Director of Living Wage Foundation said: “We’re delighted that Paycare has joined the movement of over 4,000 responsible employers across the UK who voluntarily commit to go further than the government minimum to make sure all their staff earn enough to live on.

“They join thousands of small businesses, as well as household names such as IKEA, Heathrow Airport, Barclays, Chelsea and Everton Football Clubs and many more. These businesses recognise that paying the real Living Wage is the mark of a responsible employer and they, like Paycare, believe that a hard day’s work deserves a fair day’s pay.”

A well-respected and dedicated not-for-profit Health Cash Plan provider, Paycare has helped individuals, families and businesses across the Black Country and Wolverhampton protect themselves against everyday healthcare costs and bills for over 140 years. 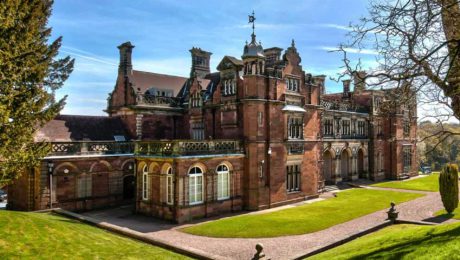 The 2018 Enjoy Staffordshire Tourism Awards, supported by Pear Communications were held at the National Memorial Arboretum, where a host of guests from the region’s hospitality and tourism attractions gathered to celebrate Staffordshire’s best tourism businesses and their contribution to the growth of the regions’ tourism sector.

Thirteen awards were up for grabs, representing the diversity of the industry, with the award for Business Tourism sponsored by SSLEP Growth Hub being presented to the team at Keele University Events and Conferencing.

The award is a great accolade to the team at Keele University who have demonstrated their commitment to business tourism through the commercial business over the past 12 months, whilst aligning their business objectives to support the key objectives of the University.

The award, which had 3 venues as finalists in the category was announced by Joanne Malins, Presenter of BBC Midlands today and presented by Nicola Kent of SSLEP.

Emma Woodcock, Head of Event and Business Development, who attended the lunch with Kathryn Cannell, Lesley Martin and Joe Caine on behalf of the Keele University Events and Conferencing  team said: “It is a great honour to achieve the Gold Award for Business Tourism at the Enjoy Staffordshire Tourism Awards, which recognises the commitment our team have in consistently delivering high quality conferences and events. Over the past twelve months we have strategically positioned our commercial business to support the University objectives, encouraging associations and corporate companies to utilise the fabulous event space we have available here on campus. This has attracted conferences and events which bring both national and international delegates to North Staffordshire. To take this award back to Keele is great recognition for the team who work together to deliver outstanding events.”

To find out more about Keele University Events and Conferences visit: www.keele-conference.com

Creative communications agency Purple Sprout has welcomed its fifth new member of staff in a year which has seen sales grow by over 200%. Hollie Fox, aged 24, from Cannock, has joined the Trentham-based agency as a PR Account Executive, following a previous marketing role.She said: “I’m really grateful to be joining Purple Sprout at such an interesting time for the company. I’m looking forward to what 2019 will bring.” Over the last 12 months the agency has seen sales grow by 250%, with a 33% growth in sales for its glossy lifestyle magazine, Staffordshire Living.David Mellenchip, director, said: “What a fantastic year it has been! We’ve hired an additional five permanent members of staff in sales, design and marketing and we are looking to replicate this by Autumn 2019. “We are in a very strong place to start 2019, with a number of new client contracts starting in January and the launch of a new-look website for Staffordshire Living, which we’re all really excited about. “The staff we have are very talented and work very hard to meet the needs of our clients. I could not be happier with the team we have going into 2019, as it is going to be another big year.” Staffordshire Living is now also available in Marks and Spencer throughout Staffordshire and Shropshire, with additional prestige distribution points at Hoar Cross Hall, and the Lewis Partnership venues. Purple Sprout celebrated the end of 2018 by supporting Christmas Jumper Day, donating items to the Stoke-on-Trent Foodbank and having a well-earned office buffet.

Read more
No Comments
VIEW ALL