COALITION IN STOKE-ON-TRENT WILL CONTINUE TO BE STRONGER TOGETHER 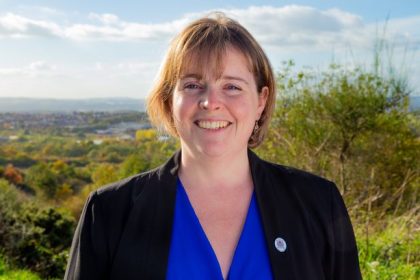 Stoke-on-Trent City Council’s coalition has pledged to continue to work together and build on the success of the last four years.

Conservative leader councillor Abi Brown, who was previously deputy leader of the council, is set to become the new leader. Councillor Ann James will be the new deputy leader, having previously led the council. Cllr Brown paid tribute to the successful working relationship between the two parties, and the achievements that have been made over the last four years. These include creating one of the most successful enterprise zones in the country, helping to deliver and secure nearly 2,000 jobs; the launch of the city council’s housing repairs and maintenance company, Unitas; and its private housing company Fortior Homes, which aims to create a property portfolio worth £68 million within 10 years.

She said: “The two parties have worked incredibly well together over the last four years, which is testament to the many successes we have seen. But a lot of credit must go to Ann, who became the first female leader of the council in February 2018 and has worked tirelessly to improve the city, especially in areas such as adult social care.

“As part of our Stronger Together delivery plan we have shown that both parties are committed to making the city a better place to live, work and visit, and creating jobs and growth – and this arrangement means we can carry on with the great strides we have made already.

“A lot of exciting projects are already under way, such as the redevelopment of the East West Precinct and the restoration of two historic town halls. We also have a lot of important work ahead in children’s services following the recent Ofsted inspection. Focusing on that will be our top priority once the new administration is officially in place.”

Cllr James, who took on the role of leader following former councillor Dave Conway’s decision to step down, said: “The City Independents and the Conservatives have had an excellent working relationship over the last four years, and it’s the passion between the two groups that has enabled us to achieve so much. It was Dave Conway who led us at the start, and the dedication of everyone else that has kept things going.

“The past four years was never about politics, it was about making improvements for residents – which we have proved we can do. And now we can continue what we have started, for the good of everyone who lives, works and visits here.”