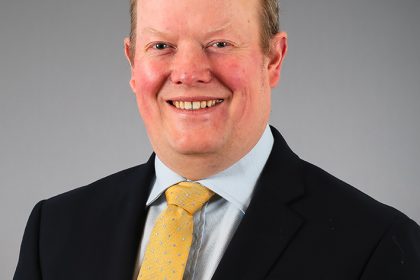 Rob has over 15 years’ experience in financial services, including positions at Board and Executive level.His most recent role was Chief Risk Officer at Wesleyan Bank, an organisation which he originally joined as Head of Finance in 2013.

Prior to that, Rob gained considerable and wide-ranging experience in a succession of other senior positions, which included two years as Financial Controller for Al Rayan Bank, followed by a similar role at Melton Mowbray Building Society. Born in Nuneaton, Warwickshire, Rob, 42, gained a B.Sc. in Physics at Durham University, before qualifying as a chartered accountant.

Rob said: ”I am passionate about the value that a modern mutual can bring to its members. Leek United is a financially strong and ambitious regional building society, creating a great canvas on which to work and build for the future.

“I look forward to working with the team at Leek United, to ensure the Society continues to provide great value products and services to its members, rewarding career opportunities for its employees and support to the local community.”