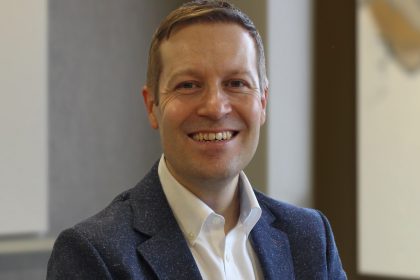 Mitten Clarke had announced the appointment of James Beardmore as Director, who joined the firm in early February 2019.  James is a lawyer by qualification having worked at Knights Solicitors until 2014 when he moved to Butters John Bee as Director until January 2019.

Mandy Mitten, Managing Director at Mitten Clarke, said: “We know James is a great fit for us, having worked with him for the last eight years.  As a Lawyer and Director of a different professional services firm he will bring new skills to Mitten Clarke and we’re delighted to have him on board. ”

His role will be strategic, initially focusing on systems and technology then leading on the company’s expansion plans with new service lines.

James said: “Mitten Clarke is a business I’ve worked closely with and always held in the highest regard for its forward-thinking approach and positive culture. To now be joining the team is an absolute delight and a hugely exciting opportunity.”