Policy Spotlight with Rhouda: BCC call for the Chancellor to hold an Emergency Budget

This morning, the British Chambers of Commerce has called for an immediate emergency budget to deal with the costs crises facing both businesses and people. As interest rates were increased for the fourth consecutive time by the Bank of England last week to 1.0% from 0.75%, concerns have been raised around the cost of living and cost of doing business and the subsequent effect on the UK economy.

The British Chambers of Commerce has developed a three-point action plan that would allow firms to keep a lid on rising prices, boost productivity and ease cost pressures.

The proposals include easing upfront costs of doing business by reversing the recently introduced National Insurance increase until 2023/2024. The BCC has also called for more support to be provided to firms to help them manage the impact of rising energy prices by cutting VAT on energy bills from 20% to 5% for a minimum of one year.

As labour shortages continue to impact business operations, the BCC has called for the government to address the issue by reinstating free covid tests for companies to ease the strain on productivity caused by persistent high absences.

Shevaun Haviland, Director General of the British Chambers of Commerce, said: “Businesses were optimistic about their prospects until last month, and business confidence has taken a big dent.

“If we can ease the pressure on businesses, then they can keep a lid on the price rises being driven by surging energy bills, staff shortages and higher taxes, firms will then have the breathing space they need to raise productivity and strengthen the economy. If the government does not act immediately then rising costs will put our economic recovery in a stranglehold that will have repercussions for years to come.”

Sara Williams, CEO of Staffordshire Chambers of Commerce, said: “The latest monthly economic review has suggested that the UK is entering a period of considerably weaker growth due to various factors including energy prices and higher taxes. Chambers across the network have engaged with their member community over the last several months and it is clear that business confidence is deteriorating which is likely to have an impact on business productivity and economic output.

“It is critical that the government acts immediately to provide some business relief. As many businesses in the UK are seeing above average absence rates as Covid continues to impact the workforce, bringing back free testing would enable firms to reduce the infection rates amongst staff members.

“The latest trade figures have highlighted the drop in exports and imports especially with EU countries, without immediate relief for businesses there is significant risk that companies will stop investing in the UK, further impacting the country’s economic position.”

We now urge the Chancellor to act quickly in favour of UK businesses by holding an emergency budget before the autumn. Making these changes would have an immediate benefit for both businesses and the public.

If you would like to raise any business concerns or issues with us, get in touch with our policy team by emailing rhouda.elalfy@staffordshirechambers.co.uk or call our switchboard on 01782 202222.

Policy Spotlight: The end of Plan B Restrictions and Levelling-Up Prospectus Revealed 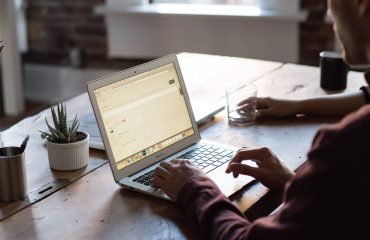