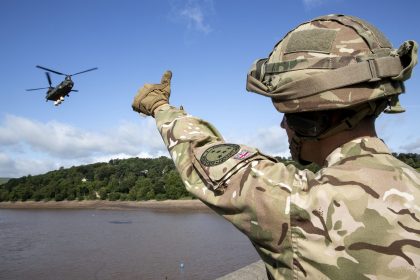 It is Armed Forces Week next week, an opportunity to celebrate our armed forces, military personnel, and the role they play protecting the UK both at home and overseas.

During the past year military personnel from the British Army, Royal Air Force and Royal Navy have been a key part of the UK’s COVID-19 response both at home and overseas with the armed forces currently engaged in the UKs world beating COVID-19 vaccine programme.

Staffordshire Chambers of Commerce have always had strong links with the armed forces, and we know that many local employers and employees play a vital role in their support of our reserve forces.

We have our very own Honorary Colonel of the British Army, in ex-Chamber President Mike Frewer, who represents the Armed Forces on the Chambers’ Council. We are also extremely proud to have West Midlands Reserve Forces & Cadet Association (WMRFCA) as patrons and very pleased that The Chambers support to our armed forces has been recognised through our Silver Award and by being a signatory to, the Armed Forces Covenant.

I understand recruiting well-trained, work-ready talent is a growing challenge for many businesses. With employers looking for skilled staff with the right attitude and attributes to support their growing businesses, every year in the West Midlands, veterans are leaving the Armed Forces with exactly this mix.

This webinar aimed at anyone recruiting staff will give a comprehensive overview of the free support available to employers who wish to recruit from the Armed Forces community. You will hear from the following organisations:

There is also an opportunity to find out more about the Armed Forces Covenant.

You can register for this event by visiting the Eventbrite page: https://bit.ly/3wvIKH8 or by emailing John Dargavel at wm-ee@rfca.mod.uk.

Please do forward out to your colleagues and your external networks to help promote the value of employers signing the Armed Forces Covenant and working with defence.

If you are planning any social media or digital activity the hashtags are #ArmedForcesWeek and #SaluteOurForces and the twitter tag for WMRFCA is @WMRFCA.

Details of Armed Forces Week can be found at: https://www.armedforcesday.org.uk and https://www.wmrfca.org

On Monday, the Prime Minister confirmed a four-week delay to lifting of all restrictions in England beyond the original date of 21st June. Current restrictions will remain the same across many areas including capacity limits for sporting events, pubs, and cinemas. Nightclubs will remain closed and event pilots such as Euro 2020 and some theatrical performances will continue.

You can be assured that we will be lobbying the government to provide further cash grants and delay the tapering of government payments into the furlough scheme, planned for the start of July. We are also asking that they ensure forbearance is in place for those who have used government lending schemes and already started to repay their loan without being able to open fully. An extension of the VAT deferral scheme and the 100% business rates relief should also be considered given the length of the delay and the impact on hospitality and leisure firms.

If you have any issues regarding the extension, please contact us by calling 01782 202222 emailing info@staffordshirechambers.co.uk or ask a question in the new Virtual Members Lounge: https://bit.ly/3xrYf2Q

If you want to talk to us about any other business issues, including funding, you can call our switchboard on 01782 202222 or call the Stoke and Staffs Growth Hub Helpline on 0300 111 8002 or email: info@staffordshirechambers.co.uk 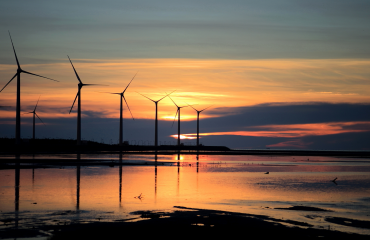 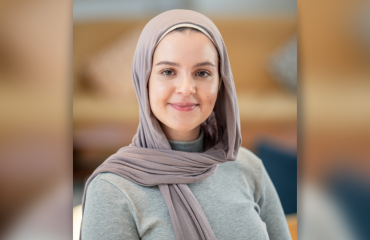 Policy Spotlight with Rhouda: UK delays import checks on goods from the EU 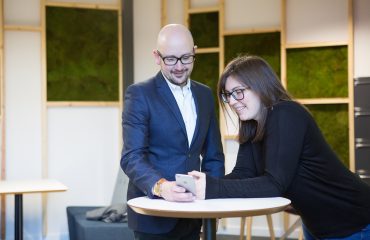