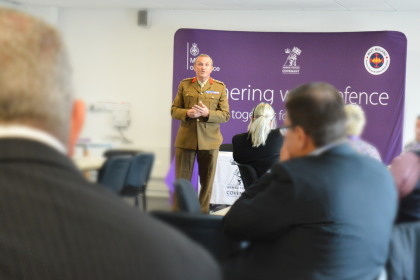 This week is both Armed Forces Week and Refugee Week with events up and down the country marking the contribution and sacrifices our armed forces make on our behalf and raising awareness of refugees, their plight and what a positive contribution they can make to society with our help.

Armed Forces Week is an opportunity to show our support for the men and women who make up the armed forces community from currently serving troops to service families, veterans, and cadets and the role they play protecting the UK both at home and overseas.

So much has changed since Armed Forces Week last year. Who could have imagined that we would have a war on European soil, and that in Ukraine, a country looking increasingly to Europe and its values of democracy and freedom, we would be witness to so many lives lost, cities reduced to dust, and millions forced to flee their homes, loved ones and everything they held dear?

This needless war has brought the role of our armed forces sharply back into focus, from how we can aid an ally such as Ukraine, defend our soil and contribute to a newly reinvigorated NATO force.

Therefore on Monday it was a privilege to welcome Col Paul ‘Shove’ Gilby OBE to Commerce House for our Armed Forces Week networking lunch – raising money for ABF The Soldiers’​ Charity.

It was fascinating to hear about his 15 operational tours including Northern Ireland, Bosnia, Kosovo, Afghanistan and Cyprus and how he is now leading the Army’s operation to help deliver the Commonwealth Games in Birmingham next month.

Staffordshire Chambers of Commerce have always had strong links with the armed forces, and we know that many local employers and employees play a vital role in their support of our reserve forces.

We have our very own Honorary Colonel of the British Army, in ex-Chamber President Mike Frewer,  and we are also extremely proud to have West Midlands Reserve Forces & Cadet Association (WMRFCA) as patrons and very pleased that the Chambers support to our armed forces has been recognised through our Silver Award and by being a signatory to, the Armed Forces Covenant – a promise to ensure that those who serve or who have served in the armed forces, and their families, are treated fairly.

Four of our local organisations also signed up to the Covenant on Monday. They were ELM Group, Staffordshire Fire & Rescue Service, Synectics Solutions and Port Vale FC.

We are also supporting Refugee Week 2022 by highlighting our Positive Pathways project and the way in which it helps refugees in the Stoke on Trent and Staffordshire to become employment ready and enabled to contribute to the local labour market.

Refugee Week is a UK-wide festival celebrating the contributions, creativity and resilience of refugees and people seeking sanctuary held every year around World Refugee Day on the 20 June.

Refugee Week’s vision is for refugees and asylum seekers to be able to live safely within inclusive and resilient communities, where they can continue to make a valuable contribution.

We are currently working with many refugees who want to work and make a valuable contribution to their host community. They are often highly skilled, and capable individuals who hold qualifications and practical experience across so many areas of work.

With an increasingly tight labour market it has become much harder for employers to fill job vacancies. The knock-on effect is impacting on firms’ ability to operate normally and retain skills in the business. We have contact with refugees locally with the skillsets that local employers are struggling to find.

We have seen several refugees arriving in Staffordshire from Ukraine since the start of the war in February. Many are highly skilled and desperate to work and give something back in return for the welcome and hospitality they have received.

We are looking to engage with employers who would consider taking on a refugee in a position you may be finding difficult to fill.

If you would like to find out more about how positive pathways could benefit your, please contact Julie Priestnall: julie.priestnall@staffordshirechambers.co.uk 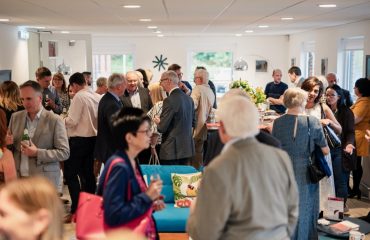 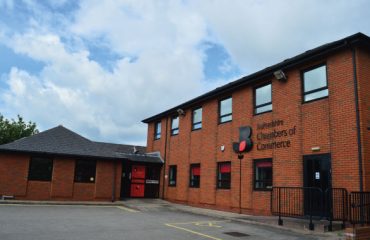 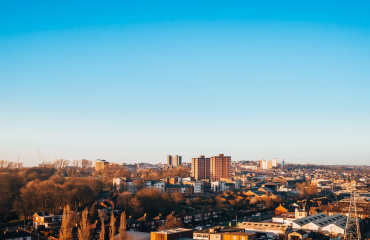