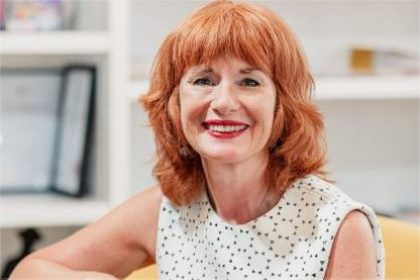 October is Black History month in the UK, an event that has been celebrated nationwide for more than 30 years.

Black History Month was originally founded to recognises the contributions that people of African and Caribbean backgrounds have made to the UK but has expanded to include the history of all black people.

There are countless examples of the contribution that black people have made to Staffordshire but as my space here is limited, I am highlighting just one, Doug Brown, the son of a Ghanaian father and an English mother.

Doug trained as a physiotherapist in the Second World War to help in the recovery of injured soldiers and continued this work in the newly formed NHS.

In 1960 Doug became the physio for Stoke City where his elder brother, Roy, had played as a young man. Doug was fanatical about inclusiveness in sport and in 1967 set up the first Lads-and-dads matches on local school football pitches, which had previously been closed at weekends.

Lads-and dads continues to this day and has given thousands of aspiring boys and girls given a safe and regulated environment to play football, make friends and stay healthy.

For his work with Lads and dads, Doug was nominated by black footballers Garth Crooks and Robbie Earle, both originally from Stoke, for the BBC People’s Awards. Doug also helped to set up Match Mates to help combat hooliganism for which he received an award from Princess Diana.

Doug became an independent councillor, later joining the Labour Party and went on two serve twice as Lord Mayor of Stoke-on-Trent, in 1984 and 1997.

He received an honorary degree from Keele University in recognition of his lifetime’s service to young people, was a Justice of the Peace and president of the North Staffordshire Chinese Community.

Doug Brown’s life was dedicated to making other people’s lives better and his legacy lives on. I am sure he still serves as an inspiration to black men and women who continue to enrich our community in so many ways in business, education, healthcare, politics, charity, entertainment and sport.

I also feel it is appropriate to mention arguably Stoke-on-Trent’s most famous son, Josiah Wedgwood, who was an active member of the Britain’s Society for the Abolition of Slavery in the eighteenth century. He created the anti-slave medallion featuring an enslaved man alongside the words “Am I not a man and a brother?” Wedgwood sent a medallion to Benjamin Franklin, then president of the Pennsylvania Society for the Abolition of Slavery who wrote back: “ I am persuaded [the medallion] may have an effect equal to that of the best written pamphlet in procuring favour to those oppressed people.”

The British Chambers of Commerce (BCC) are hosting a very special webinar on Tuesday 27th October when former Prime Minister and Chancellor of the Exchequer, Gordon Brown will be discussing a global approach to rebuilding a stronger economy with BCC Director General, Dr Adam Marshall.

You can watch the discussion live as they talk about the Restart, Rebuild and Renew campaign and what the UK and global market need to do to rebuild the economy. You can book your place at this unmissable live webinar here: https://bit.ly/2IGXAGv