STOKE-ON-TRENT AMONGST BEST IN UK FOR EMPLOYMENT GROWTH 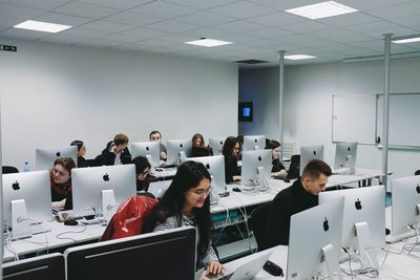 Employment growth in Stoke-on-Trent is the fourth fastest in the country – ahead of rival cities including London, Manchester and Birmingham.

The latest UK Powerhouse figures also forecast that Stoke-on-Trent will continue to be among the best for employment growth by the final quarter of 2020 – with a predicted ranking of fourth.These findings are based on a study by experts at law firm Irwin Mitchell and the Centre for Economics and Business Research.

These figures put Stoke-on-Trent ahead of major cosmopolitan areas such as London, Manchester and Birmingham, as well as nearby cities including Nottingham and Derby.

A Stoke-on-Trent City Council spokesman said: “We’re working extremely hard to ensure this area is the first choice for businesses to invest. The Make it Stoke-on-Trent and Staffordshire team provides a tailor-made service for organisations, including help to find locations, advice on incentives and details about recruitment.

“The city is attracting multi-million-pound schemes which are leading to local job creation. There is one million square feet of employment space in the pipeline and substantial, increasing demand for both housing and employment land. This is also supported by other developments, existing businesses, the university, and the city’s prime, strategic location at the centre of the country – which all add to Stoke-on-Trent’s positive, competitive profile both nationally and internationally as a great place to invest.

The UK Powerhouse report also shows that Stoke-on-Trent, like a large number of other cities such as London, Manchester and Birmingham, is forecast to see growth for the economic measure of GVA – gross value added – slow by the end of 2020.

The positive news from the UK Powerhouse report also comes after Stoke-on-Trent was named as the sixth best city in the UK to start a business in 2019, beating areas including London, Manchester, Liverpool and Birmingham in research conducted by card payment solutions provider Paymentsense.