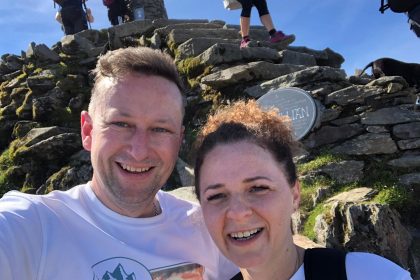 A Staffordshire window company has raised £1,665 for a children’s hospice after staff completed a gruelling Three Peaks Challenge.

Director Guy Basnett, who climbed Ben Nevis with Nicola and Sam, said: “We have recently completed a large installation at The Donna Louise and we were asked by one of the trustees to take part in the Three Peaks Challenge!

“After seeing the great work they do and how much help they need, we thought it was a worthy cause to get behind. We smashed our £500 target and we’d like to thank everyone who has supported us in raising money for this amazing local charity.”

Along with the company’s #GiveWithTarget Christmas campaign and other fundraising throughout the last year, Target Windows has raised over £2,965 for the charity.