Welcome to our new presidents 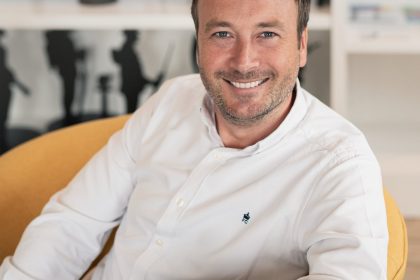 We are delighted to welcome our three new presidents! Each of them will be under 40 years of age when they take up office, a first in the Chambers’ history.

New Staffordshire Chambers president, Matt Hubbard, is well known to many, having joined the Chamber in 2004 as a recent graduate of Staffordshire University with a BA in Film Production. Matt and a group of fellow graduates set up film production company, Reels in Motion, and as the company grew, so did Matt’s confidence. He became chair of Future Finest in 2011 and deputy president of the Chamber in 2017.

By coincidence, the new presidents of Stafford and Staffordshire Moorlands Chambers are both architects. Carl Croft is returning for his second stint as president, whilst the youngest president of the trio, Natalie Hewitt, is relatively new to the Chamber, having only joined in 2016.

We asked each of the new presidents what their aims are in post:

Matt Hubbard, Staffordshire Chambers of Commerce: “To continue the excellent work done to date in repositioning the Chamber and its value to members. To improve engagement so that members get real value. To ensure that the Chamber is the go-to business support body in what is a very challenging period.”

Natalie Hewitt, Staffordshire Moorlands: “To give smaller SME companies in the Moorlands a bigger voice. To make sure our support reaches all parts of the district including Uttoxeter which comes under our wing and to build the great work of my predecessor Suzanne Davy who has worked tirelessly to increase membership and engagement.”

Carl Croft, Stafford: “I would like to carry on the great work of my predecessor, Phil Osman, to see the Chambers’ grow and for the Staffordshire economy to be in the best possible shape. Specifically, Stafford Chamber will be representing the members on issues such as HS2 – to get the very best rail service and economic benefits, new and forthcoming developments including digital and other infrastructure as well as promotion of the future of our town centres.”

We hope you join us in welcoming Matt, Natalie and Carl and wishing them every success in post.