WHAT A WEEK FOR BRITISH POLITICS… 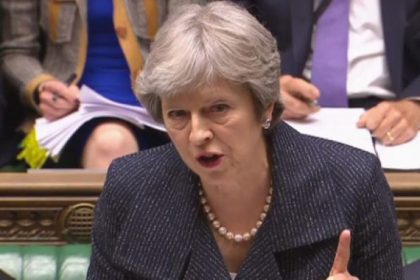 On Monday the Prime Minister, Theresa May, was locked in discussions with German Chancellor Angela Merkel in Egypt for the second day of a summit with Arab states as she sought a breakthrough on the Irish backstop — but with four-and-a-half weeks left until Brexit, there’s only one issue that matters on the PM’s agenda, securing her deal through Parliament.

On Tuesday a big 48 hours in the Brexit endgame commenced as Theresa May and Jeremy Corbyn made seismic shifts in their Brexit positions. The PM stated that she will put her withdrawal agreement – including any changes she has agreed with the EU – to a meaningful vote by 12 March. If that fails, MPs will be offered two separate votes, one on whether MPs support a no-deal Brexit and one on whether to request a short extension to the two-year Article 50 negotiation process to delay EU withdrawal beyond 29 March.

Any extension should not go beyond the end of June and so far, MPs have refused to back Theresa May’s plan for how we leave the EU.

On Wednesday Jeremy Corbyn stated that Labour will back another EU Referendum after his alternative Brexit plan was once again defeated in the Commons. He added that he would continue to push “other options including a general election.”

The Prime Minister has given in to pressure from rival factions and has agreed to give Parliament a vote on delaying the UK’s departure from the EU on 29 March.

This will only take place if MPs reject her Brexit deal for a second time and then also say no to the UK leaving the EU without a legally binding agreement – the so-called no-deal scenario. With just 29 days to go, Parliament has yet to approve the terms of withdrawal negotiated with the EU.

Mrs May has set a 12 March deadline for the second “meaningful vote” on her deal and insisted that if MPs back her, the UK can still leave as planned just over two weeks later. In the event of MPs backing a pause in the Brexit process, the PM has said she will seek the “shortest possible” delay, while also refusing to rule out the UK still leaving without a deal later in the year.

While this a giant political leap for the Prime Minister, this is only a small step towards the clarity and certainty that businesses need to chart these unprecedented waters.

The overriding priority is still to assure businesses and communities that an unwanted ‘no deal’ scenario will not happen by default on March 29th. Businesses still need to ensure they are preparing for all possible scenarios and Staffordshire Chambers is here to support businesses of all shapes and sizes through our training courses, lobbying and representation and our business support activities.